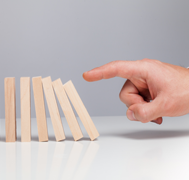 The retail industry relies heavily, both directly and indirectly, on the oil industry. When the price of oil drops, this impacts the retail industry in a number of ways, many of which are not great. The recent dramatic decrease in oil prices has hit luxury retailers particularly hard, both in Canada and south of the border.

In Canada, the dollar has fallen 25% from a year ago because of the drop in oil prices, meaning that those US-based retailers now a fixture on the Canadian landscape are yielding less profits, even when consumers continue to spend. Seattle-based Nordstrom, for example, opened its first store in Calgary less than two years ago, and store comparable sales have been in decline. The retailer announced its decision to enter the Canadian market in 2012, when oil prices were high and the Canadian dollar was on par with the American dollar. Clearly things have changed.

Quebec-based retailer Simons, having just recently opened its first store in Ontario, is feeling the effects in its Edmonton store thanks to declining oil prices. When it first opened (as the first Simons outside of Quebec), the Edmonton stored experienced healthy growth, but the now turbulent Alberta economy has led to softening gains.

In the US, particularly in the Texas oil belt, the impacts come from a different direction. Dallas-based department store retailer Neiman Marcus has hit a rough patch, in part because of the severe drop in oil stocks and energy industry job cuts. According to the company’s CEO, “We have many customers with investments in the oil and gas business, and that has had an impact on spending, especially in Texas, with some of our largest volume stores.” One fifth of Neiman Marcus’ department stores are located in Texas, and oil prices are causing these stores to take a direct hit.

More indirectly, the drop in oil prices has hit the stock market hard, setting off a wave of volatility. What does this have to do with retail industry economics? When the stock market takes a hit, so too do luxury sales because it affects how shoppers feel about their net worth. When those spending on luxury items start to get concerned, their spending inevitably decreases.

If you, like many other North American retailers, are feeling the effects of drooping oil prices, you’ve probably changed things up in-store to try and deal with the rising competition. If not, you should probably think about doing so. Marketsupport can help. Call us today at 1-877-421-5081.