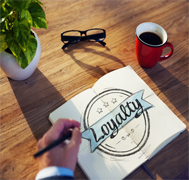 In recent retail industry news, Lowe’s announced that it had reached a successful negotiation and has acquired Canadian company Rona, based out of Quebec. The offer, which was accepted at $3.2 billion, will see the American company taking over control.

This friendly takeover gives Lowe’s a much stronger foothold in Canada’s competitive home improvement and renovation retail market. Rona’s headquarters, located in Boucherville, Que., will remain there. The company currently has approximately 500 corporate and franchise stores and nine hardware and construction material distribution centres. It also has more than 17,000 employees in corporate stores and over 5,000 employees in the stores of its independent affiliate dealers – most of whom Lowe’s says will remain (they have not yet made any detailed decisions in this regard).

Check out this video from CBC News for a bit more on the takeover, what it means for shareholders and what it could mean for Rona employees: http://www.cbc.ca/news/business/lowe-s-rona-takeover-1.3431463.

Rona is a known Canadian brand, and as such benefits from the brand loyalty Canadians are well known for. In order to maintain some of that brand loyalty, Lowe’s plans on keeping some of the stores branded as such, particularly in Quebec, where sentiment is strongest. However, it will also need to ensure that several other aspects are continued, or ramped up, including customer service.

How will this change to Canada’s retail landscape impact the home improvement chain, or the competitors in the category? Only time will tell.

Want to ramp up your own customer service or have changes coming in the future? Marketsupport can help keep things running smoothly. Call us today at 1-877-421-5081.