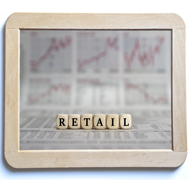 2015 was a big year in the retail industry, with a number of significant changes taking place across the country. Some were positive, others negative, but all have, or will have, an impact. Looking back at the retail trends of 2015 may just give us a better perspective on what is to come in the future.

Store Closures: In 2015, we witnessed a number of store closures. We saw Target leave the Canadian retail landscape in a cloud of consumer disappointment and months of less than stellar sales. Reitmans Canada Limited announced they would be shutting down all 107 Smart Set locations, 76 of which were converted into other Reitmans Canada Limited operated stores – Penningtons, Addition-Elle, Thyme Maternity or RW & Co. Future Shop also abruptly shut down all of their locations in 2015. There were 131 locations in total: 66 of them were closed permanently and 65 of them were converted into Best Buy locations. A number of Loblaws locations also shut their doors over the course of the year.

Store Openings: While several companies closed their doors, a number of others opened new ones. Significant expansion was carried out by such companies as Cabela’s, GNC, Nordstrom, Sephora and DSW. Saks Fifth Avenue also announced plans for some cross-border openings start this year. Ontario-based Farm Boy celebrated the grand opening of its first fresh market location in Kitchener in December. And, while not technically a store opening, another big change came with the announcement that many grocery locations will now be able to carry beer on their shelves.

Mergers. While some stores left for warmer climates, and others decided to enter a brave new world, several other companies opted to join forces. 2015 mergers were many, and included the H.J. Heinz Co. and Kraft Foods merger at the beginning of the year, expected to generate $1.5 billion in cost savings, the Proctor and Gamble deal with Coty mid-year in an attempt to simplify their branding, and the most recent, Newell Rubbermaid buying Jarden Corp. in a cash-and-stock deal worth about US$13.2 billion.

All of these retail trends and changes from last year speak to the fluidity of the retail industry, and highlight the many ways in which retailers big and small are working to meet the growing needs/demands of consumers. While a tried, tested and true theory or process may have worked in 2014, that same process may have lost steam just a few months later.

What will 2016 hold as far as major retail trends and changes? Guess we will just have to keep watching to find out!

Are you getting ready to make a change or just want to catch up and stay up to date on the latest retail trends? Contact Marketsupport today by calling 1-877-421-5081.