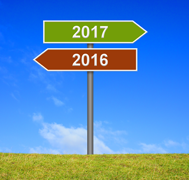 We are fast approaching the end of 2016, and around this time every year we like to take a moment and reflect on all of the changes that occurred in the Canadian consumer packaged goods industry. There was, as with most years, a lot of movement this year. Let’s review!

Back in May, home improvement retailer Lowes completed the takeover of home-grown Rona. The $3.2-billion transaction left the giant with a chain of 539 stores, more than $6 billion in annual revenues and 28,000 employees. After several attempts to take over the Canadian home improvement chain, Lowes was finally successful. This change will bring with it a gradual evolution at former Rona locations, including the introduction of appliances and enhanced e-commerce offerings.

Several new retailers moved north this year, including Saks Fifth Avenue and Nordstrom – both of which are giving Holt Renfrew a run for its money. Even Krispy Kreme (which never actually left Canada) is expanding.

Quebec-based Simons also made big expansion moves, opening stores across Canada after several years of success in Quebec. Outerwear retailer Canada Goose also announced plans to open a major location in Yorkdale – joining the ranks with brands who’ve decided to make the move to their own stores.

And while not a new retailer, Chapters/Indigo is making moves. Although the literary giant started closing done multiple locations across Canada in 2013, in May it opened a 30,000 sq. foot location at Sherway Gardens and is currently looking for real estate for new store locations and renovating current stores, coast-to-coast.

While many retailers chose to attempt the challenging Canadian retail waters, other chains closed in 2016. After years of speculation that the company was in trouble, Danier announced the closure of all 90 retail and outlet locations in the spring of 2016. Aeropostale also threw in the towel this spring, announcing the closure of all 41 Canadian locations. Several others, including Ben Moss, Guess, H20 Plus and Hudson’s Bay Outlet stores, closed their doors for good in 2016.

The hardware industry overall received a major boost in 2016 as well. Thanks to a super hot housing market, many Canadians chose to renovate rather than relocate, and home renovation retailers reaped the benefits! This is likely to continue as long as the market stays hot, promising more good things to come in 2017.

While we look back at all the changes 2016 brought our way, we are inevitably left to wonder what 2017 has in store for the consumer packaged goods industry. Stay tuned – next week we’ll make some predictions!