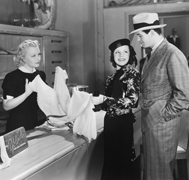 Here is our take on some of the top traditional merchandising methods that are still being used on a regular basis by most retailers: flyers, experiential marketing, and the checkout line.

Flyers – getting them into the store. While many stores feel as though flyers are a big cost that hopefully can be replaced by digital, many consumers, especially in the CPG sector, are still using them. According to the Globe and Mail, many consumers “like paper flyers because they can carry them around, circle deals and easily access them for price-matching at competing retailers.” That being said, flyers are not as effective for all retailers. The same Globe and Mail article noted that a test done by Sport Chek, meant to determine if a digital focus was more effective, determined that for them flyers were not where the money was. You can check out the full article here: http://www.theglobeandmail.com/report-on-business/industry-news/marketing/digital-ads-may-be-the-future-but-consumers-remain-loyal-to-paper-flyers/article18924774/.

Experiential merchandising – try before they buy. These campaigns have been sprouting up with extreme frequency across North America, and for good reason. But do they work? Well, let’s look at Red Bull as a perfect example. Their 2012 Stratos Jump campaign racked up 52 million view worldwide, and in the 6 months following the campaign, U.S. sales increased 7% to $1.6 billion, and the company sold 5.3 billion cans worldwide in 2013 – up from 5.2 billion in 2012. Other campaigns have also benefited from the impacts – but it needs to be done right. Pulling on consumer emotions, catering to the right target market, etc., all require work – so to get the best results, make sure you devote the time and resources.

The checkout line – your last chance for a sale. This is usually the point when you often have the attention of the shopper, more than at any point in the store, because they are standing and waiting. Traditional marketing with displays used to get people thinking about that last-minute spontaneous purchase, but do they still have the same effect? According to a recent study done by Time Warner Retail Sales & Marketing, the checkout line is often an afterthought for consumers, but shouldn’t be for grocers. Why? Because checkout line sales represent 1% of total grocery sales – and up to 10% of consumers will make a purchase in the checkout line. That is pretty impressive for a relatively small category.

When it comes to CPG sales, many traditional merchandising methods still hold value – and making the switch and phasing them out may not actually work in your best interest.

Want to know more about these traditional merchandising methods and how to implement them to create a campaign that yields real results? Marketsupport has you covered. Call us today at 1-877-421-5081.